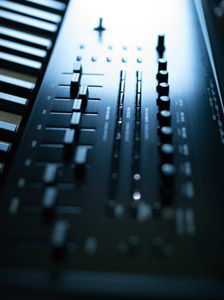 
As a new student enrolled in the Music and Sound Design course at Queen's University Belfast this area provides some thoughts on making music and course study through this ePortfolio entry
: Dated October 19th 2019.

Having enrolled late to the BA Music and Sound Design Module at Queen's I have been attending classes for the last few weeks and having settled into the course structure. I would say that I am enjoying the subjects along with tutorials each week. I have found that the subjects are diverse and appeal to me with the view to ensemble performance I have had my first stage session along with two other members of the group.

We named ourself ACOMA and after a short musical practice we had to play live on stage at SARC (Queen's) being the very first group to go onstage, this was quite enjoyable and we played reasonably well for the first time. I was the vocalist and Gavin McLean, the guitarist along with Ken Affal who played piano these where the main group members we also had a guest drummer.
(Sorry forgot his Name) will add later.

The piece we performed was called ''All's well that ends that way'' with the lyrics written by Gavin so we enjoyed the session plus feedback from the course director and have a second musical piece to select for the next session which we are currently practicing called '' Alway's a Woman to Me " a Billy Joel Song.

The group have attended a few rehearsals in the music studios and hopefully will get further practice in over the coming weeks so this e-portfolio styled blog will be added to the website as we have progress in Music Making and the stage performance's of ACOMA.

Anyway thats all for now see you next time.